Playing Cards and Paper Dolls: The Trojan War as You Have Never Seen It

Sarpedon’s body carried by Hypnos and Thanatos, while Hermes watches. Side A of the so-called “Euphronios krater”

“But when his soul and life have left him, then send thou Death and sweet Sleep to bear him away” – Hera’s instructions to Zeus over his son’s impending death at the hands of Patroklus at Troy (Homer, Illiad XVI.439; trans. A. T. Murray).

That book 16 episode where Sarpedon falls ‘as an oak falls, or a poplar, or a tall pine, that among the mountains shipwrights fell with whetted axes to be a ship’s timber’ and is whisked away to an ambrosia bath by Thanatos and Hypnos has always been my favourite part of the Iliad. And now, it’s also my favourite stick-figure representation on my brand-new pack of Trojan War playing cards, courtesy of L. E. Jenkinson, the author of Teaching Classics website at medium.com (@TeachingClassic).

The Trojan War Playing Cards were a Kickstarter project launched on 5th May, found 89 backers to bring this super-quality, ultra-desirable, nifty little concept item to life. The full deck of glossy cards is illustrated with original drawings of characters from the Iliad, each pictured in two guises (upright and inverse), and with their name in English and Ancient Greek. Here are my top picks. For the fellas, alongside Sarpedon, Achilles, Patroklus, Odysseus, and a very conceited-looking Paris (Greek Myth Comix’s ‘Why Paris Is Such an Utter Plonker’); and for the ladies, Iphigeneia, Andromache, Helen, Hera, and a sultry Aphrodite.

I have long been a fan of L.E. Jenkinson’s Greek Myth Comix  (@GreekMythComix); her posters adorn my Classics classroom, the globally acclaimed ‘Deaths in the Illiad’ infographic is a real pupil favourite. I have purchased class sets of her Odyssey comic book for two of the schools at which I have taught the text at both GCSE and A-level. One of my GCSE classes even had the privilege of designing a new comic-book-style poster on Thermopylae for the website, after studying the unit on Sparta.

Recently, Jenks (as she’s better known in the Twittersphere – @BBFiction) gave an interview to WordPress about her ever-growing empire of Classics teaching resources, which has been praised by – among others – New York’s io9 blog, classicist and historian Tom Holland, and JACT President Caroline Lawrence: Here, she discusses the origins of her Classics comic books, the inspiration she found in Athenian black-figure and red-figure vases, and her own possible hubris in tackling the Odyssey. 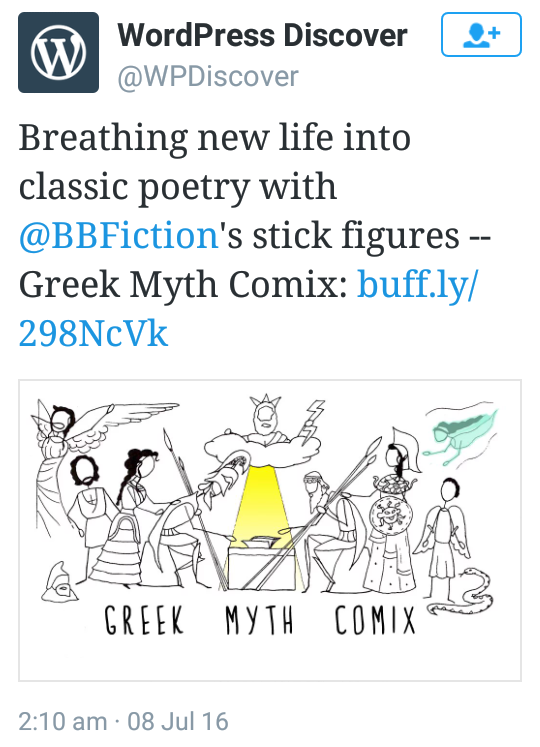 So, what’s the latest resource from this Classics teacher extraordinaire (not that her internationally sold posters, games, badges, mugs, playing cards, etc. are fun only for teachers)? Apart from an intense period of drawing the remaining extra-curricular books of the Odyssey not already in her GCSE comic book, and further Kickstarter commissions, you can now order the Trojan War Paper Doll Playset! Teachers all over the UK have received their copies this month and are busy assembling mini versions of the battlefield.

In the pack are approx. 60 easy-to-print pieces with full instructions, including Achilles’ hut, kitted out with furniture and accessories; the Greek camp; the wooden horse; and the Skaian gates. That’s not to mention over 50 3D figures of Homer’s most important characters, as well as extra soldiers and even mourning women! 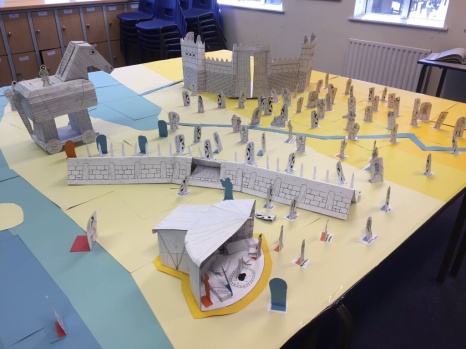 Since Laura’s promised that if this playset succeeds, she’ll start designing an Odyssey playset, perhaps helping pupils memorise who lives where and what kind of xenia they provide the Favourite of Zeus might not be such a slog for too much longer. I cannot wait to see in what ingenious way she will tackle Scylla and Charybdis!

This entry was posted in Blog.

3 thoughts on “Playing Cards and Paper Dolls: The Trojan War as You Have Never Seen It”

Reblogged this on Greek Myth Comix.

[…] The eagle-eyed of you will notice that this is not Laura’s first appearance on the pages of the CANI website. Her fantastic contributions to the spreading of the Classics through @GreekMythComix have been blogged by CANI in the past – Playing Cards and Paper Dolls: The Trojan War As You Have Never Seen It […]

The summer edition of the CANI newsletter is now available to read. Despite having to cancel the spring programme due to Covid, we do have some interesting and exciting news for our members, supporters and friends. To see the newsletter, click the link in bio.