On 7 December 2017, The Classical Association in Northern Ireland returned to the scene of its first public speaking event the previous year, the McClay Library of Queen’s University Belfast. The aim this time was to complete the ‘Trojan War’ Trilogy, this time looking at the fate of a band of Trojans escaping the Greek sack of their city: Virgil’s Aeneid.

A little after 10am, #AeneidLiveBelfast began with Dr John Curran (QUB) introducing the event and taking the first reading slot as Virgil ‘sung of arms and of a man,’ who with his band of followers sought for a new home against the wrath of Juno 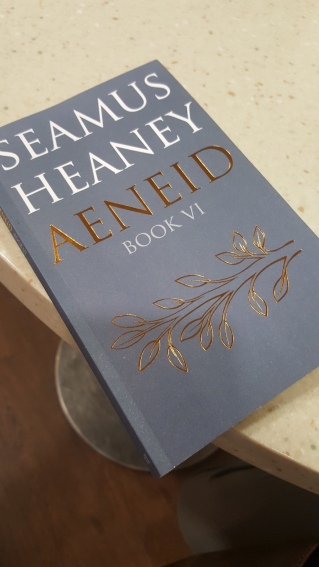 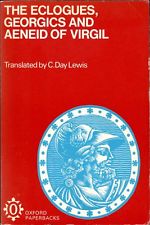 However, there was one break from the rhythmic prose of Cecil Day Lewis at around 1pm when our schedule came to Book VI. It would have been remiss for an event hosted by the Classical Association in Northern Ireland in the surroundings of Queen’s University Belfast not to make use of the translation of Book VI by Seamus Heaney (and as you can see from some of our photos, the great man popped up on screen a few times to keep an eye on proceedings…). 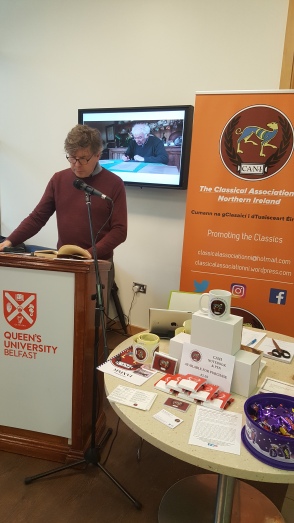 For those passers-by who were not familiar with Virgil or the Aeneid, a short summary of CANI, the event and the story of Aeneas was provided. 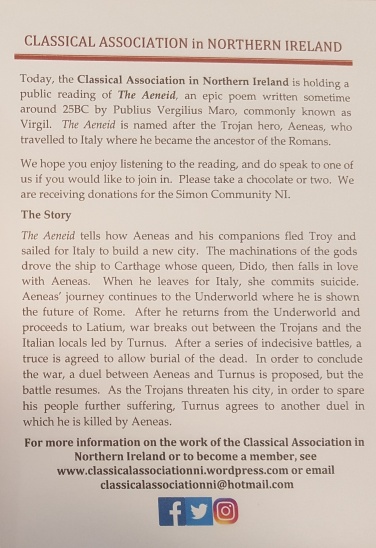 While the journey of Aeneas was recanted, with listeners enthralled, intrigued and bemused, CANI had a few new additions to its table of goodies this year – along with promotional programme cards, membership sign-ups and business cards, the new Annual and the return of the sweets, we have branched out into the world of merchandise. Notepads and pens, mugs and stickers emblazoned with the striking CANI logo were all available for purchase. 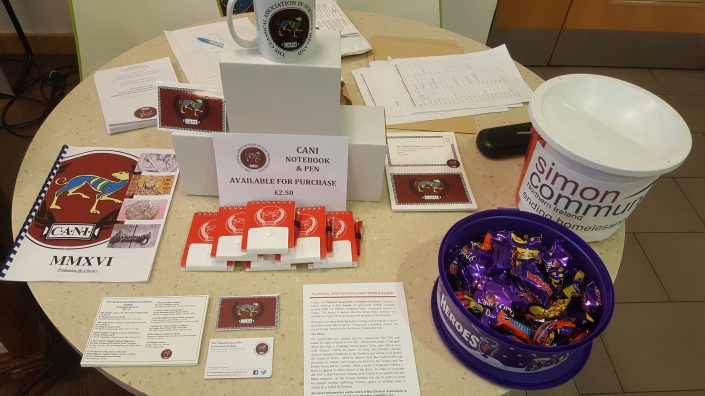 If you are interested in purchasing a mug, notepad and pen or some stickers do not hesitate to get in touch through the web address, facebook or twitter.

By the time CANI convenor Helen McVeigh brought proceedings to the close at 16:10 (almost right on time…), the Trojan Horse had done its damage; storms had been survived; the heart-broken Dido had breathed her last; Aeneas had journeyed to the Underworld; Anchises has informed us been informed about how great the Romans would be and Turnus’ pleas for mercy had been ignored in a fit of Aenean rage. 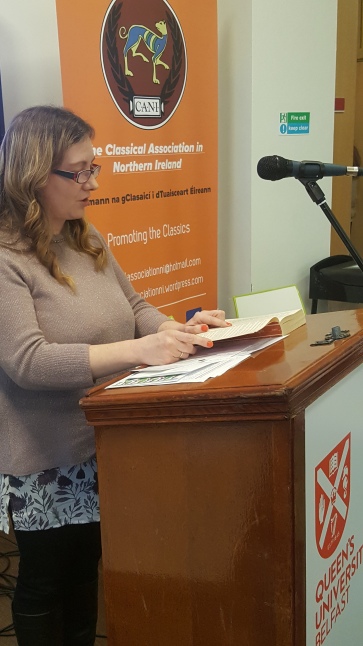 In total, there were 36 reading slots taken up by 23 different readers of all ages, geographical locations and academic backgrounds.

The Classical Association in Northern Ireland would like to thank all of those who helped organise and promote the event, those who took part (first-timers or returnees), who donated to such a worthy cause in the Simon Community, or just took time to listen in as they passed by.

Particular thanks to the McClay Library, Hope Café and Queen’s University Belfast for allowing us to use their grounds and resources.

To the writers who made this possible, Cecil Day Lewis, Seamus Heaney and Publius Vergilius Maro (a special thanks to one Imperator Caesar Augustus who countermanded Virgil’s desire to have the unfinished Aeneid burned when he died).

And Helen McVeigh and John Curran for organising the whole event.

The ideas for our next public reading were already pouring in before Aeneas had plunged his sword into Turnus: Ovid’s Metamorphoses; selections from Herodotus; the Satyricon of Petronius; a conglomeration of historians on Alexander the Great.

And if you cannot wait until this time next year for live performances of Ancient Classics, our joint event with Advocating Classics Education in the Ulster Museum on 9 February 2018 will feature the acting out of Greek plays in costume, along with talks from Natalie Haynes and Dr John Curran, handling sessions of ancient artefacts and an appearance by Legion Ireland, Roman re-enactors from Cork. 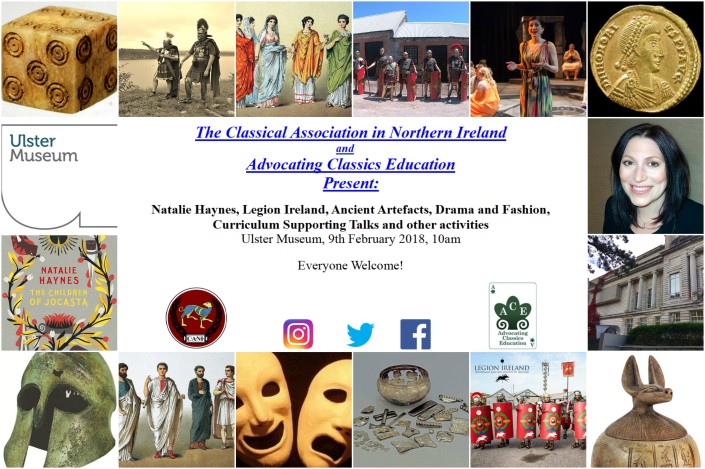 For videos and photos, check out our #AeneidLiveBelfast Gallery, with links to our Facebook albums and Youtube Channel, where you can see pictures and videos of not just our latest public reading but also our growing annual programme of events.

This entry was posted in Previous Events.

One thought on “#AeneidLiveBelfast Review”